On Saturday, February 8, roughly 60 couples renewed their wedding vows at Our Lady of Mt. Carmel.  The event, organized by the Love’s Sacred Embrace ministry, was lightly publicized, yet the response was robust, and included a number of couples that had not previously attended Marriage on Tap or any of the annual retreats.  Those renewing their vows spanned a wide range, from friends married for five months to others married more than five decades.  Father Doerr and Father Arbuckle sounded a bit hoarse when the blessings were finally concluded.  God’s grace was present in great abundance last night.

After dinner, Denise McGonigal and I were chatting about the evening.  She and Joe are 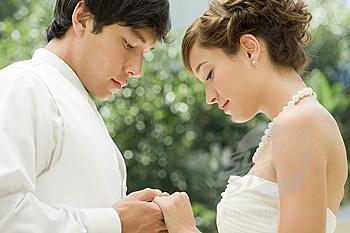 facilitating a day-long marriage prep day today at church, prompting us to marvel at the general lack of awareness with which most young couples approach the sacrament of marriage.  Although the demographics of couples getting married for the first time are changing (trending to older and more affluent, while the overall numbers shrink), it’s still true that the vast majority of couples entering into the sacrament have absolutely no idea what they are in for, no idea of the scope and depth of the promises they are making. Generally, they are far more aware of the atmospherics–planning, invitations, seating charts, cakes, rehearsals–than they are of the promises they are exchanging, ostensibly until one of them dies.  Even if they are exceptionally aware and alert, there is no practical way to describe how the entry of children into the equation changes things.  Add to all of this the weight of a popular culture that is generally scornful and corrosive toward the institution of marriage, and it’s no wonder so many marriages fail within the first ten years. In fact, it may be a wonder that so many survive.

The only possible explanation behind the marriages that actually make it until the death of a spouse is God’s grace.  Yet, as Catholics, we are taught that grace cannot be earned, that our only hope of receiving something approaching “our share” is to be open to His Spirit.  Active practice of our faith–attending Mass, prayer, studying scripture, serving the poor and those less fortunate than ourselves–may put us in a favorable position with God, but guarantee nothing insofar as gaining grace is concerned.  Is it, then, simply the luck of the draw?

Perhaps.  But there are things we can do to improve our chances.  As Anne and Pete Slamkowski shared with us last night, we can love our spouses intentionally.  We can read and learn from folks like John Gottman and Art and Laraine Bennett, who have written about the secrets of highly successful marriages.  We can commit to BEING the right person, rather than SEARCHING for the right person, when it comes to marriage.  We can focus on fixing our own flaws, rather than harping on the flaws of our mate.  We can approach the challenges of keeping a home and raising children in a spirit of equality, of shared duties, rather than the common practice (engaged in by many men) of relegating these functions to the wife, an anachronistic vestige of the “women’s work” mentality of the 19th century.  Finally, we can enlist God’s help, through prayers of adoration, contrition, thanksgiving and supplication, to see us through the difficult times, and help us appreciate the good.

Last night, 60 couples said, in effect, “I chose well when I married you the first time, and I am blessed and happy to be able to marry you again.”  In an age of rampant materialism, obscene popular culture, shameful income inequality, global strife and a planet seemingly dedicated to contravening God’s word, in a small, quiet snowy community in central Indiana, a few of us gave God reason to celebrate His creation.  It was an honor to be a part of it.