One of the old jokes Nancy and I have woven into our relationship goes like this, as I tell it.

“When we were first married, I decided that I would make all the big decisions and that Nancy could make all the small decisions.  Luckily for us, in over 38 years of marriage, there haven’t been any big decisions…”  At the heart of this laugher is the concept of influence, the extent to which spouses allow their mate to shape their thinking and actions.  And according to the Gottmans, couples who share influence with one another are more likely to have lasting, fruitful and rewarding marriages than those who don’t.

In the 21st century, it is amazing to me that we still see and hear vestiges of 19th century thinking on this subject, marriages in which the husband assumes the role of the dominant decision-maker, with the wife taking the inferior position of having to defer to his judgment (or lack thereof) and live with decisions he makes almost entirely on his own.  Less common, I suspect, are marriages in which the wife makes most of the decisions, and the husband meekly accepts orders and direction from her.  These types of relationships lack equilibrium and are, hence, less stable than relationships in which influence is mutually observed and decisions are shared.  Personally, I’m not sure I would be happy in either extreme, as I don’t like the feeling of being directed or pushed around, but also lack confidence in my ability to make important decisions on my own.  One of the qualities that attracted me to Nancy in the very beginning was her assertiveness, the clear understanding that I would not be piloting this relationship entirely by myself.

How does your own relationship stack up in this area?  The following 20 true/false questions were developed by The Gottman Institute in order to help couples assess the extent to which they allow their spouses to influence them.  Perhaps you and your spouse feel you liberally allow one another to influence the thinking and actions of the other.  If you’d like to test that theory, cut and paste the following questions into a Word document, print it twice, sit down together, answer the questions, and compare your answers.

1. I am really interested in my partner’s opinions on our basic issues. T    F
2. I usually learn a lot from my partner even when we disagree. T    F
3. I want my partner to feel that what he or she says really counts with me. T    F
4. I generally want my partner to feel influential in this marriage. T    F
5. I can listen to my partner, but only up to a point. T    F
6. My partner has a lot of basic common sense. T    F
7. I try to communicate respect even during our disagreements. T    F
8. If I keep trying to convince my partner, I will eventually win out. T    F
9. I don’t reject my partner’s opinions out of hand. T    F
10. My partner is not rational enough to take seriously when we discuss our issues. T    F
11. I believe in lots of give and take in our discussions. T    F
12. I am very persuasive and usually can win arguments with my partner. T    F
13. I feel I have an important say when we make decisions. T    F
14. My partner usually has good ideas. T    F
15. My partner is basically a great help as a problem solver. T    F
16. I try to listen respectfully, even when I disagree. T    F
17. My ideas for solutions are usually much better than my partner’s. T    F
18 I can usually find something to agree with in my partner’s positions. T    F
19. My partner is usually too emotional. T    F
20. I am the one who needs to make the major decisions in this relationship. T    F 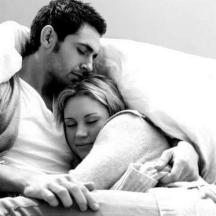 Temperament and personality types will enter into this process.  For Nancy and me, in that we have significantly different preferences when it comes to Myers-Briggs typing, it is generally helpful when we sit down together to iron out disagreements.  As Gottman points out, the process of reaching external conflict resolution often relies on one’s ability to reach internal conflict resolution first, by learning to accept influence from one’s partner.  Early in relationships, this can be a challenge, as most of us enter marriage having relied almost exclusively on our own judgment for some period of time.  Overcoming disagreements requires us first to acknowledge that our partner’s point of view, though different from ours, may, in fact, be as valid, or even more valid, than our own.  Over time, and with practice, couples in successful relationships can learn how to navigate such differences with relative ease.

I suspect this is not always true with couples whose Myers-Briggs profiles are more similar.  In such marriages, it seems to me that significant disagreements may be more rare, but may be harder to resolve since each spouse approaches decision-making in a similar way.  In these instances, it may be that the best outcome the couple can hope for is to agree to disagree, a sub-optimal solution which, over time, may evolve into a “we just don’t seem to agree about anything” position that could require professional counseling.

One of the most mis-applied verses in scripture is found in Ephesians 5:22-24, which is often used to suggest that women must be submissive to their husbands.  But by reading through verse 33, it becomes clear that God expects equality in our marriages.  Husbands, if you wish to justify 19th century thinking by applying only the first three verses from this passage, you are likely to end up with an unhappy wife.  And, as the old saying goes, if momma ain’t happy, ain’t nobody happy. 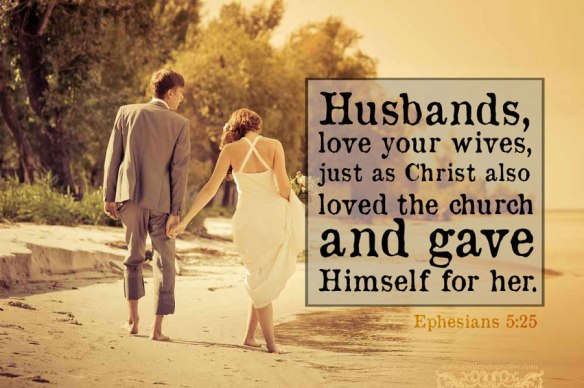