I recently shared a witness about conversion with our bible study group, reflecting on

how my faith journey got off to such an inauspicious start.  In Porta Fidei, Pope Benedict encourages us, in studying the word of God as it relates to conversion, to examine a person’s upbringing, in order to understand his faith or lack thereof.

What about our social context?  The conditions of our birth and upbringing?  Many believe that, for most people, the die is cast by the age of three.  That how we relate to others as adults is determined early in our lives.  Those others, presumably, include Jesus Christ.

I grew up in the DC area, the only child of a vaguely Protestant mother and a father who was, technically, a Jew but who had adopted Presbyterianism because he enjoyed the homilies of a Scottish minister in northeast Washington in the 1950’s.  Dad’s mother was a Polish Jew, his father one of those guys who wore orange on St. Patrick’s Day.  Probably due to the tenor of the times, dad’s parents decided against raising him a Jew, or perhaps his mother did not observe her own faith.

My mother felt I should have some religious training, much as she felt I should attend Cotillion, when I was 13.  One had no more impact on my life than the other, although I recall being more traumatized by having to touch girls at Cotillion than I was about having to attend weekly confirmation classes or church.  My best friend’s family was Lutheran, and Bobby would routinely pass out in church, being forced to sit in the front row, with its thin air and glowering ministers.

I never had any such angst.  My parents were indifferent to religion, and therefore it was easy for me to blow it off.  I felt a certain disdain during my confirmation in 1965 in that I knew nothing about my faith, couldn’t recite two lines of the Creed, and yet was welcomed into the fold as a full member.  As soon as I was no longer forced to attend church, I stopped.  Unwittingly, I had adopted Groucho Marx’s quip that I wouldn’t join a club that would have ME as a member.  That club, for me, was the Presbyterian Church.

In a larger sense, that club was Christianity.  It took the Holy Spirit most of 30 years to put me on the path to becoming a functioning Christian.  It took 30 years of Nancy praying for me, as I was unwilling to pray for myself. 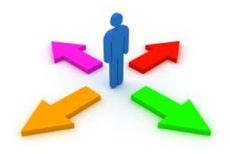 If we are at a different place on our spiritual journey than is our spouse, the strategy is to reach for a place in which each partner is free to observe his or her beliefs with the full support of the other, if not participation.  For families with young children in which only one spouse attends church, it should be clear that the loving response of the spouse who chooses not to attend church is to take care of the children—all of the children if necessary—while the worshiping spouse prays for your soul and thanks God for the hour of peace, prayer and solitude that you gladly make possible.

But, as we’ve observed here before, we are called to help our spouses grow close to the Lord, not to grow perfect by ourselves.

I entered into marriage as a spiritual savage, while Nancy entered into it as a closet Catholic.  We were products of our upbringing, but we did not think of these differences as issues that would threaten our marriage.  I didn’t, anyway.

Nancy’s growth along her own journey has had the effect of lifting me up, without my having felt lifted, feeling instead as if I’ve lifted myself.  Whether this was her intent, or whether she simply gave the entire mess up to The Holy Spirit, I don’t really know.  But the bottom line is that she has helped me grow closer to the Lord.

If differences like these are causing issues in your marriage, and you are the more spiritual one, it is up to you to pray for your spouse, to pray for your own unbelief, and to pray that God’s will, and The Holy Spirit’s design, is for the two of you to eventually travel on your spiritual path together.  In God’s time.

Be clear that you cannot make your spouse more religious.  The best you can do is to pray for him, and to help create space for The Holy Spirit to come into his or her life with an elbow or a shove.  Providing help in taking the first step toward reconciliation, with you and with God.

Exploring the faith beliefs you and your spouse brought into your marriage is kind of a fun way to spend an evening over a bottle of Cab Sav.  Understanding one another, at the most elemental level, is about understanding your spouse’s beliefs about God and Heaven and Hell and good works and tithing and raising kids Catholic and sacraments and religious freedom and right to life and about 100 other important subjects.

Luckily, you need not agree on these issues.  It is in your interest, however, to understand your own values and those of your spouse.  Unlike on Capitol Hill, where compromise has become a four letter word, in marriage the art of leaning into one another to effect compromise is a grace from God.  In sales, the expression is “keeping score raises the score.”  In our faith lives, the simple act of asking for God’s forgiveness raises us nearer to Him and brings us closer together as husband and wife. 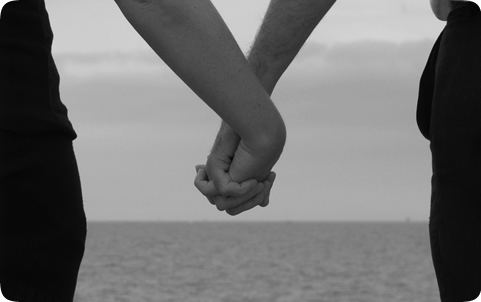