In this age of divorce, we hear lots of talk about staying together (or not) for the kids. I say we not only stay together, but work on making our marriages true sacraments for our kids’ sake. Each generation deserves an opportunity to be better at Christian living and growing in God’s favor. 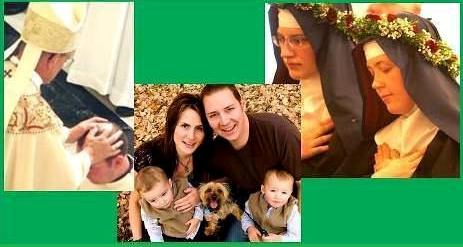 So, why not use our own marriages to help our kids make it to heaven? Just as we try to advance a culture of marriage in the wake of a rising tide of divorce and casual sex, we owe it to our children to establish this culture at home so that they see strong marriage as the norm, aspire to enter into a holy marriage one day, and see such a blessed union as a step toward heaven.

How do we do this? While I’m certainly not a pro, I’ll throw out some ideas to ponder:

I have great hope for my children and their generation. While statistics don’t favor their ability to get married and stay married, I see a beautiful trend among them as they seek to find more meaning in their lives. They crave true intimacy and are beginning to see that casual sex isn’t the way to get there. So, let’s all join forces and give them some real inspiration – some hope in marriage that can reflect God’s true love for us through the gift of our spouses.

Let’s do it for the kids!